At WSJ on Sara Serpa’s Stunning “Close Up” 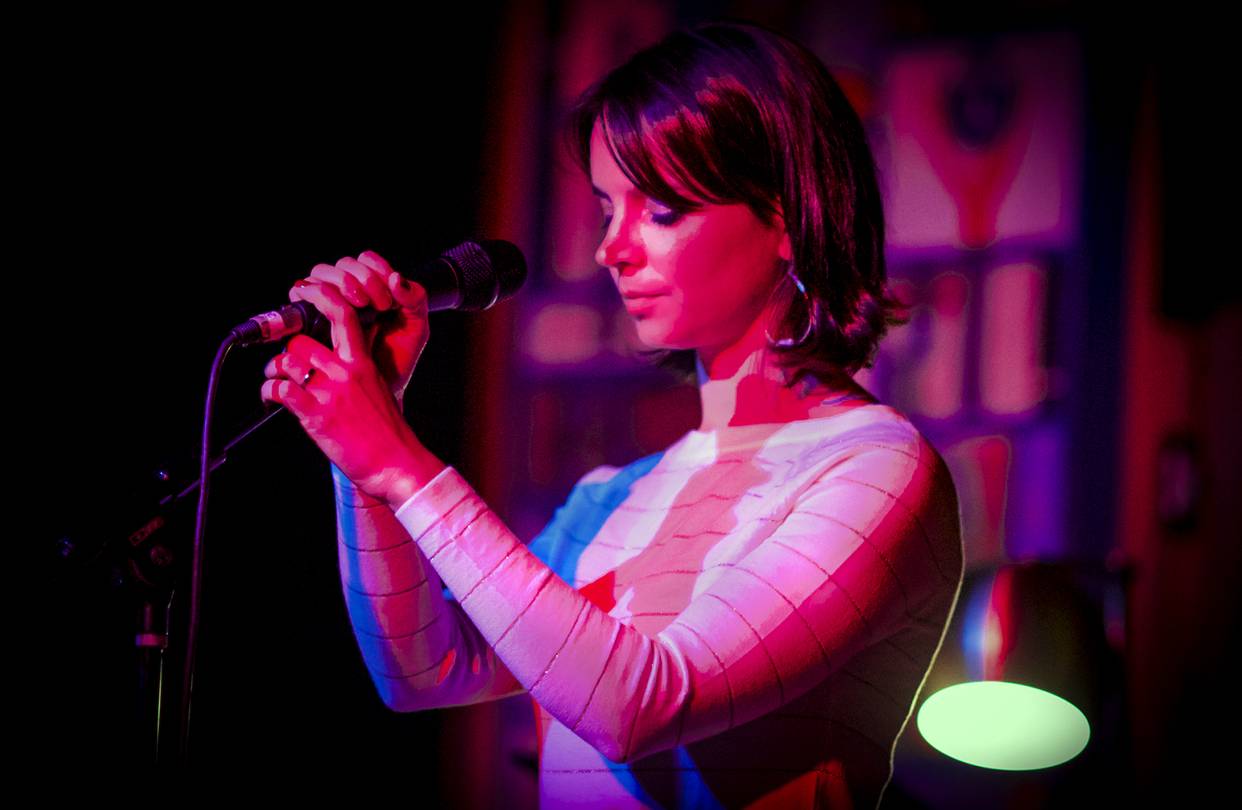 Since her arrival on the New York jazz scene 10 years ago, vocalist and composer Sara Serpa has blazed her own path. Although she can sing compelling versions of standards with conventional backing, she is more likely to create groups where her voice, often singing wordlessly, is at equal standing with other instruments in the ensemble. Her compositions are unique, lithe and often based on classic literature, among them works by John Steinbeck, Herman Melville and Herodotus. She has released eight recordings; her style expands the range of jazz vocals.

“Close Up” (Clean Feed), her ninth, comes out on Friday, and it continues to break new ground. Some of the nine songs on the recording have literary antecedents. In the liner notes, Ms. Serpa cites writings by Virginia Woolf, poet and essayist Ruy Belo and philosopher Luce Irigaray as inspiration, and the title track reflects the deep impression made on her by Abbas Kiarostami’s 1990 film “Close Up,” particularly the fluid identities of the movie’s characters.

The music is spare and entrancing. Ms. Serpa leads a trio where she’s joined by two virtuosos, cellist Erik Friedlander and saxophonist/flutist Ingrid Laubrock. The ease and grace with which the members move between rhythmic and lead roles underscore that this is no academic exercise in abstraction. Ms. Serpa’s compositions usually follow easily recognizable song forms, often with narrative flow even if they mostly lack words. It’s delicate music played so confidently that the results are often enchanting. The interactions often work so well that I think of dancers moving to the music in varying duos and trios.

The 41-minute recording opens with “Object,” which begins with Ms. Serpa’s fluttering vocals and Mr. Friedlander’s cello. The short staccato lines of the cello contrast beautifully with Ms. Serpa’s high-pitched voice. Then Ms. Laubrock’s flute enters, curlicuing lines around her bandmates as Ms. Serpa reaches a repeating motif before they reach a resolution. Then Ms. Serpa solos over Mr. Friedlander’s plucked lines before the band repeats the theme from earlier in the song. “The Future,” based on an entry titled “Future” from “The Diary of Virginia Woolf, Vol. 1: 1915-1919,” also starts with a Serpa-Friedlander duet, her gentle chants contrasting with his long, agile lines. Then Mr. Friedlander shifts to pizzicato and Ms. Serpa sings the title repeatedly, varying her intonations and accents as Ms. Laubrock plays gentile unisons and accenting lines.

Ms. Serpa, who is 39 years old, was born and raised in Lisbon, where she studied piano and classical singing at the Lisbon National Conservatory. She moved to the U.S. in 2005 and enrolled at the Berklee College of Music, followed by graduate work at the New England Conservatory of Music. She has sung with pianists Danilo Perez and Ran Blake and collaborated with Guillermo Klein, Nicole Mitchell, Tyshawn Sorey, John Zorn and many others.

Voice as a textural element has been a growing trend in jazz for several years. Important composers and bandleaders like Steve Coleman, Ryan Keberle, Maria Schneider and Jen Shyu employ vocals in unique ways, but usually in large or midsize ensembles. Ms. Serpa’s triumph is to bring this ambitious approach to an intimate setting. Even without words she conveys the emotion of her innovative music, and that should broaden its appeal to fans of many different genres.

I've worked in and around the world of high end cheese for 27 years. I've been everything from a department manager who hired and fired and trained staffs to a weekend warrior who shows up ties on an apron the middle of a rush and talks to customers and cleans up the place. I enjoy it all, and I especially like my current situation conducting informal seminars about cheese at area bars and in class at the 92nd St. Y. The current schedule is always up at thejoyofcheese.blogspot.com. In addition I conduct private events that are perfect to lead off birthday parties for foodies and sommeliers and also they make great entertainment for corporate team building events and associates meetings at law firms. In addition, I've been a freelance journalist for 27 years. Currently my profiles of leading musicians and filmmakers appear in the Wall Street Journal and www.theroot.com. I also wrote about sports for the Root, and for five loooong years, which included the entirety of the Isiah Thomas Knicks era, I wrote about the NBA for the New York Sun. I enjoyed writing about basketball so much that I now do it here at rotations for free.
View all posts by jmartin437 →
This entry was posted in Archives, Arts, Music, Uncategorized and tagged archives, jazz, Music, Sara Serpa, Vocals, WSJ. Bookmark the permalink.