At WSJ on the Art Ensemble ECM Box Set

I so wished I could have squeezed information about the AEC 50th anniversary concert and album release into this, but it didn’t fit. 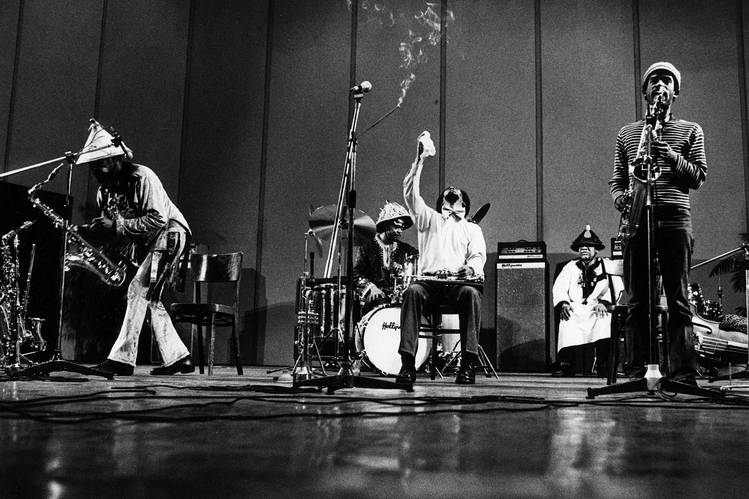 Some of the best work of one of the greatest groups in jazz is celebrated in a new mammoth boxed set, “The Art Ensemble of Chicago and Associated Ensembles” (ECM). The package features 21 discs, including five essential recordings from the Art Ensemble, as well as individually led and sideman projects by its members. It is a vital document of jazz in the late ’70s and early ’80s, and it offers clear sonic through-lines to some of today’s most important bands.

The Art Ensemble was an outgrowth of the Association for the Advancement of Creative Musicians, a not-for-profit collective that formed in Chicago in 1965. Four of the original band members—trumpeter Lester Bowie (who died in 1999), bassist Malachi Favors (who passed away in 2004), and reedmen Joseph Jarman (who left the group in 1993) and Roscoe Mitchell—played together on several recordings before forming the Art Ensemble in 1969. The group made an immediate impact. Their appearance was theatrical: Favors and Mr. Jarman wore face paint and flamboyant robes, Bowie usually donned a white lab coat, and Mr. Mitchell often wore business suits. In addition to their primary instruments, each member played a variety of others—ranging from small drums to car horns and whistles. Percussionist Famoudou Don Moye joined the band in 1970, solidifying the lineup for the next quarter-century.

“Nice Guys” (1979) was their first album for ECM, a classic of the era. The music ranges from austere percussion pieces to a track influenced by Caribbean folk songs, and the recording closes with Mr. Jarman’s “Dreaming of the Master,” a tribute to the great Miles Davis quintets of the ’50s and ’60s that ranges beyond those bands’ sounds and includes elements of free jazz too. “Nice Guys” set the template for the Art Ensemble’s other ECM recordings: diverse musical influences, an ode to the jazz tradition, and virtuosic solos that took flight at unexpected moments. Their credo was “great black music, from the ancient to the future,” and on each of the recordings in this set, they delivered on these ambitions. 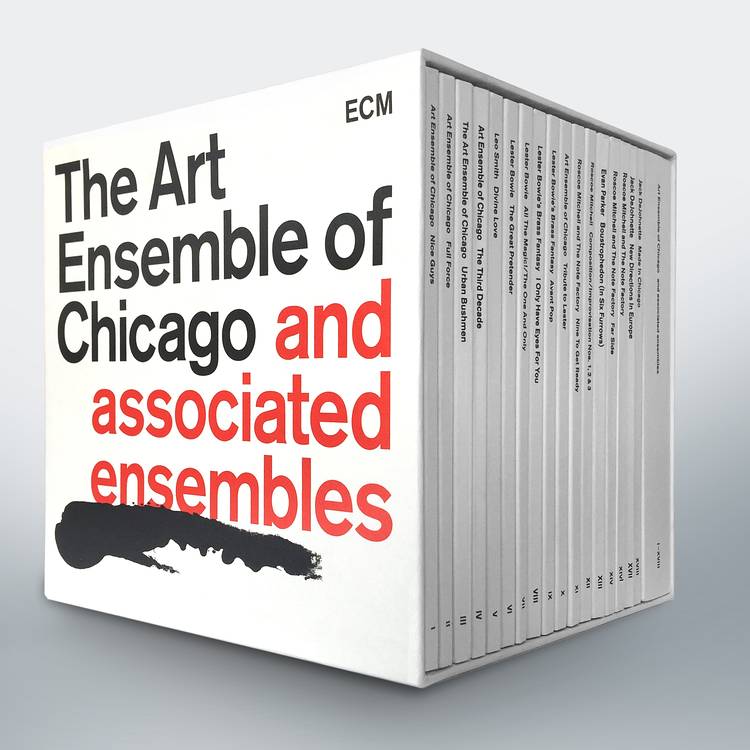 The other recordings included in the new release are less wide-ranging but remarkable for other reasons. The four under Bowie’s leadership highlight his puckish solo style and ability to translate classic pop tunes into the jazz repertoire without the results sounding forced. The four discs by Mr. Mitchell, which encompass music released from 1999 to 2017, trace the evolution of his composing style, which often dotes on extremes—going from discreet and nuanced to a full-on roar. Other highlights include an elegant Leo Smith recording with Bowie as a sideman, and there are three discs by drummer Jack DeJohnette. Two are from 1978 and 1980 with his group New Directions, which also featured Bowie as a sideman, and the third is a 2015 release, “Made in Chicago.

The Art Ensemble’s broad-based approach was profoundly influential on the jazz scene of the ’70s and ’80s, with many performers including all manner of pop, classical and traditional music from all over the world into their repertoires. The Chicago scene continued to thrive, and groups like Air and Eight Bold Souls won acclaim in the decades after the Art Ensemble formed. Nicole Mitchell, a recent president of the Association for the Advancement of Creative Musicians, has produced projects in the past 14 years that offer some of the same level of visionary music, with diverse sounds ranging from gospel to house music.

The Art Ensemble of Chicago, now a sextet, continues to perform. In October, at Edgefest in Ann Arbor, Mich., the group enlarged to 14 members to present a piece by Mr. Mitchell that incorporated tributes to Bowie, Favors and Mr. Jarman. It was the kickoff of many events to mark the coming 50th anniversary of the group. Over the years, it has established a style that probes deeply into musical traditions while imagining a bold future. These celebrations promise to extend those boundaries.

I've worked in and around the world of high end cheese for 27 years. I've been everything from a department manager who hired and fired and trained staffs to a weekend warrior who shows up ties on an apron the middle of a rush and talks to customers and cleans up the place. I enjoy it all, and I especially like my current situation conducting informal seminars about cheese at area bars and in class at the 92nd St. Y. The current schedule is always up at thejoyofcheese.blogspot.com. In addition I conduct private events that are perfect to lead off birthday parties for foodies and sommeliers and also they make great entertainment for corporate team building events and associates meetings at law firms. In addition, I've been a freelance journalist for 27 years. Currently my profiles of leading musicians and filmmakers appear in the Wall Street Journal and www.theroot.com. I also wrote about sports for the Root, and for five loooong years, which included the entirety of the Isiah Thomas Knicks era, I wrote about the NBA for the New York Sun. I enjoyed writing about basketball so much that I now do it here at rotations for free.
View all posts by jmartin437 →
This entry was posted in Archives, Jazz, Media, Music and tagged 50th Anniversary, AACM, Archival Jazz, art ensemble of chicago, Chicago, ECM, ECM Records, Greats, jazz, Music. Bookmark the permalink.